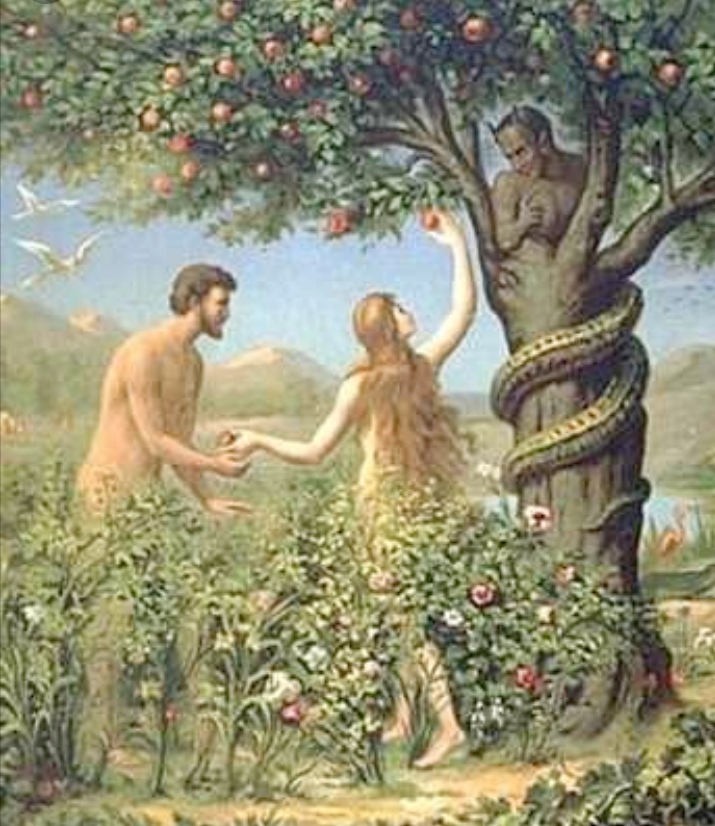 Perhaps they all gave in and had no choice but to roll with the punches. They say, “hell hath no fury than a woman scorned.”Well I best believe that Adam would atest to this if only we could take back the hands of time to the time in the garden of Eden, before AD. This must have been the beginning of all misery.

It’s too much for a much to recond with, I had to write this while nursing my glass of JD at the gazebo just as I breathe in the fresh air. I thing it has a lot to do with creativity or something or maybe it’s because you tend to concentrate.

A body is just a body I bet so because God wouldn’t have been stupid to create only one woman for Mr. Adam way back in the garden. What if he made two!!? Anyway, let’s keep focus on what was there and stop with the “what ifs.” Everything seemed to have changed right after that one bite he took.

Suddenly, man started to desire more which made the woman’s body become something else. Woman’s worth suddenly changed and was measured with the arches of her breasts, slopes of her waist, curves of her hips forgetting that there was nothing that really makes one more woman than another.

Women became a statistics to a man’s field of study where one was never enough leaving unwarranted rivalry amongst the women. Life and love became sexually oriented full of interrogative questions yet no one really seemed to know the answer to all these.

“I love mine petite,” suddenly thick seems too much to handle!? I thought to myself one day when I was getting candid with one of my close friends.

“Naaah, thick thighs, thick hips… Maan I gat no energy. I can’t keep up. So they complain.

” Big Ass and big tits it’s all we lust for. “They protest as though it comes with assurance that they are really down for keeps. Men seemed to have lost their dominance even before they left the land of paradise.

They gave women too much power over them.This is evident because they all seem to worry too much over things that a woman can’t control especially there physical appearances forgetting the most important thing, ‘A WOMAN’ s MIND. ‘This can literally eat you alive.

The tethering rope seems to loosen with every…. leading to the breaking of the camaraderie relationship that was there in the first place.

Relationships don’t survive long before it becomes lopsided simply because one fell for another hoping for a breath of fresh air. Many are left unhappy but now that ts convinient to be in one they tend to hop on to the bandwagon that survive in mediocrity.

If only we could find our feet again. If only we could go back to the drawing board, if only…….all these could change because we are in a world of the living. It feels like it’s like finding a needle in a haystack#Impossible but how else could we know if we never try!?

“Give us our value back, we’ll give back your dominance.

Give us our freedom of being ourselves without having to try so hard to camouflage.

Give us our confidence back as women and we will sire brave children for generations to come.

Give us your hearts and your love that we won’t have to worry about the other woman.

Give us your love that assures that we’re going to weather every storm together and I will do you good by submitting to your authority in this little kingdom of ours, Family.

Give us back…. “This is the everyday cry of every woman.

” I believe we spent enough time in the garden together. Enough time to convince me you’re enough. Enough time for me to admit you influenced my life. The environment was constant but I won’t limit my love for you to lackness. This love is legislate. It has no loophole, hunny we’re stuck together. There’s no way out. “I believe these would have been the exact same words Adam would have quoted to Eve if only he came for a visit to this millennial generation.

Ts been millennium after millennium, perhaps a change of calenders from generation to generation. If I was Adam I could have waited for God to tell us that, “Ts time you find pleasure in your woman and pro-create now that you seem to be doing well in companionship.”

But again, Isn’t it just a dream!? Because I still woke up to the same old reality.

My dream, A dream best lived in a dream!!

I dreamt I was Adam, my dream that is still my dream because I still dream even though it the dream I’ll never dreamt to dream!!

This is a text widget, which allows you to add text or HTML to your sidebar. You can use them to display text, links, images, HTML, or a combination of these. Edit them in the Widget section of the Customizer.
Loading Comments...
%d bloggers like this: